Dr. Carla Jill Stein is a learner, a leader and a teacher. After more than 30 years of serving the Navy and Marine Corps as a civilian leader, she now shares with and learns from others on the topics of leadership, learning and faith.

She grew up in Olathe, Kansas, is the middle of 5 kids, was the head coach of a 6A championship track team, completed undergraduate word at Mid-America Nazarene University, graduate work at the University of Missouri, Kansas City, and Florida State University, and was appointed as a Presidential Management Intern in 1982 – the beginning of her federal service.

Prior to retiring from federal service in November, 2012, Dr. Stein served for eleven years as the National Director of the Naval ROTC Program and other officer accession programs for the Navy and Marine Corps. While Director, she led the programs in increasing diversity enrollments and graduations (racial, ethnic, gender), locating Navy representation on a wider variety of institutions (to include Ivy League, public, private and Historically Black Colleges and Universities), and in positioning the program for long-term achievement of critical production goals (specifically nuclear power, technical majors, foreign language and regional expertise). Her organization involved more than 200 colleges and universities in 38 states and the District of Columbia. 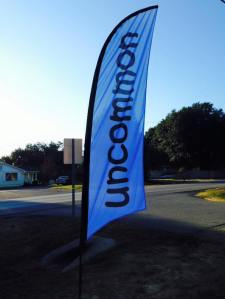 Dr. Stein is the founder of “uncommon (adj.) out of the ordinary” a community group in Pensacola, FL.  Uncommon is for leaders, learners, students, teachers, men and women who want to increase their skills, advance their careers, expand their service to others and grow in their faith.

Uncommon gatherings include time for networking and fellowship, information on a current topic, interviews of individuals with uncommon stories, consideration of the psalms and reflection. At uncommon, people will meet new friends, have a platform to advertise their business or ministry, and learn about current issues.

Today, Dr. Stein teaches classes and writes in Pensacola, Florida. She is a member of the Board of Visitors of the Virginia Women’s Institute for Leadership and also serves on the Board of Directors of the Church of the Nazarene Foundation. She serves her local church as the Women’s Ministry Director, teacher of several classes and age groups, and member of the praise team and choir. 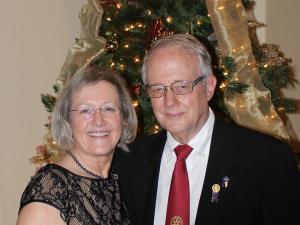 She provides assistance and leadership in a variety of ways to include serving as the keynote speaker for various conferences, seminars, workshops and public events and providing advising and consulting assistance for civic, religious and education, profit and non-profit organizations. She has traveled the country, continuing to learn as she shares with others.

Dr. Stein’s outstanding performance has been recognized many times. She has been awarded the highest honor available for a Department of the Navy Civilian and was the Alumna of the Year, Mid-America Nazarene University.

Dr. Stein is married to Captain John Stein who retired after thirty years of commissioned service in the United States submarine force. She and Captain Stein reside in Pensacola, Florida, and have dedicated their lives to sharing the love and the word of the Lord.